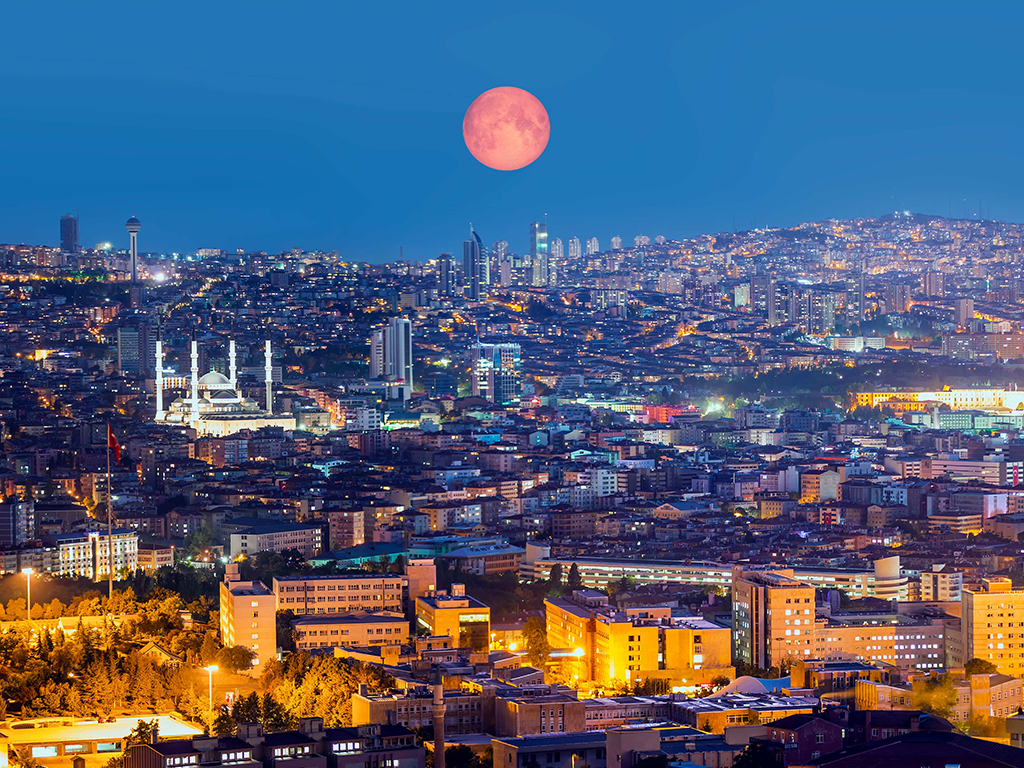 5 Places You Must See in Ankara

The City That Will Prove Those Who Say "There Is No Life In A City Without Sea" To Be Wrong.

Ankara, with its entertainment venues as well as its historical and cultural riches, is a city enshrining most of us in the heart despite its continental climate and steppes. Ankara, Turkey's capital city since 1920, shows itself at the same time as the second largest city of our country. This beautiful city, which has hosted many civilizations for years, is full of places where you can do many enjoyable activities which will not make you feel the absence of the sea. However, we have collected only 5 of them firstly and briefly mentioned them for you. Especially if you like historical and cultural trips and if you are one of those saying “I don’t need to roll on the beaches to have fun”, then this blog post is exactly for you.

Although there are many beautiful places to see in Ankara, Anitkabir, which is the eternal resting place of our Ataturk, comes first with its eye-catching architecture and of course the pride and energy that you will feel. Wherever you are in this mausoleum, which is worthy of the glorious spirit of our ancestor, it is not possible to describe your feelings and excitement at that moment. This mausoleum, prepared for the great leader Ataturk, is beaten into the hearts and minds of people of all ages and nations, so it is one of the places that you should not leave Ankara before seeing it.

In the building, where Seljuk stonemasonry motifs and elements belonging to the Ottoman period were used, the symmetry was emphasized, cut stone materials were predominantly used and most of the focus is given to the monumental aspect. The Lions Road, one of the most striking parts of the mausoleum, consists of 24 lion sculptures on both sides of a 262-meter-long road. These sculptures, representing strength and tranquility, were made with the artistic understanding of Hittites who are one of the oldest nations that established civilization in Anatolia. On the other hand, those 24 lion sculptures lined up along the road represent 24 Oghuz tribes.

Welcoming more than 9 million visitors every year, Anitkabir consists of two parts as Peace Park and Monument Block. In addition to those parts, buildings like the Ataturk and Turkish Revolution Library, the Art Gallery where various documentary films are shown and the Ismet Inonu Tomb are also located in Anıtkabir. At the same time, Anitkabir Museum, which contains some clothes of Ataturk, some items he used and some gifts given to him, is also one of the places you might want to see.

For a more comfortable transportation to reach Anitkabir which is in the Yucetepe Neighborhood in Cankaya district of Ankara, you can take advantage of our Ankara car rental opportunities and rent the most suitable vehicle for you and continue your journey in the direction you want.

Being ancient like Ankara, this castle bears the traces of many civilizations from Galatians to the Ottomans. Although there isn’t any exact information about the date it was constructed, it is thought to have been constructed around the 7th century AD by the Persians. When you are in this castle, which is surrounded with 16-meter-long walls, it feels like the whole city is under your feet. This ancient castle, built on a hill 110 meters above the ground, is located within the boundaries of Altindag district of Ankara. It consists of two separate parts, which can be counted as the inner castle and the outer castle. Just to let you know, there is no charge for entrance.

Although the Ankara Castle comes out as one of the places at the top of the list of places to visit in Ankara with its magnificence, there are many places that you likely to visit and see around the castle. The most striking places among them are the Rahmi Koc Museum, which is in the opposite of the entrance just before you get to the castle, and the other one is surely Anatolian Civilizations Museum, which is also in the vicinity.

Moreover, if you think like "It is not possible to forget our loved ones while you are here", you can visit various souvenir shops around the castle, as well as taking a look at antique or copper shops. After your tour in the castle is over, do not forget to drink salep in a glass made of brass at the restaurants located between the streets and photograph these beautiful moments.

Being a historical district, Hamamonu too is connected to Altindag, one of the most crowded districts of Ankara. Hamamonu, the oldest settlement of the city, is famous for its ancient houses and streets that will make you feel as if you have gone years back. White and wooden houses with typical Ottoman architecture are likely to drag you on a nostalgic trip, especially during Ramadan period. The buildings such as houses, mosques and mansions here bear the architectural characteristics of the 17th, 18th and 19th centuries. This district, witnessing both the Ottoman and the Republic periods, took its name from the double hamam built in 1440.

Thanks to the restoration works initiated by the municipality in 2006, Hamamonu has become a center of attraction among the places to visit in Ankara. You can continue your historical journey, to which you started on the streets of Hamamonu, with the surrounding sightseeing stops such as the historical Karacabey Bath, Tacettin Sultan Lodge, Ulucanlar Prison Museum and Pirinc Han. At the same time, various cafes and places in the vicinity are perfect for relieving your tiredness with a cup of tea after your tour.

Known as the symbol of Ankara and also famous for its rotating restaurant tower, this shopping center can be seen from almost every part of the big city. Having a different architecture, Atakule is the first shopping center of Ankara and also the second of Turkey. It is located at the intersection of Cinnah Street and Cankaya Street in Cankaya district. The opening of the center was made by Turgut Ozal in 1989, on the day that coincided with the 66th anniversary of Ankara's becoming the capital city. The building, which is divided into two as a shopping center and a tower section, has been out of use several times for various reasons and has undergone major renovations. Beaten into our minds as the symbol of the city, Atakule offers a city view where you can dominate the whole Ankara.

Ataturk Forest Farm, the most modern and developed agricultural facility of its time, was donated to the treasury by Ataturk in 1937. Today, all of its works are carried out by the Ministry of Agriculture and Forestry. In the farm land, you can see many different areas as well such as Museum and Exhibition Hall, Gazi Forest Farm Park, a copy of Ataturk's house in Thessaloniki and the State Cemetery. While you are there, do not forget to eat famous kokorec of the farm, to relieve the tiredness of the day by drinking a cup of tea in Gazi Picnic Area and to take lots of photos. By the way, there is no entrance fee.

For a more comfortable transportation to reach to Ataturk Forest Farm in Yenimahalle, one of the central districts of Ankara, you can take advantage of our Ankara affordable car rental opportunities and rent the most suitable vehicle for you and continue your journey in the direction you want. 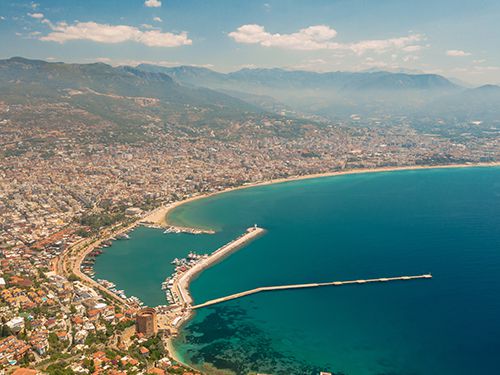 Places to Visit in Antalya 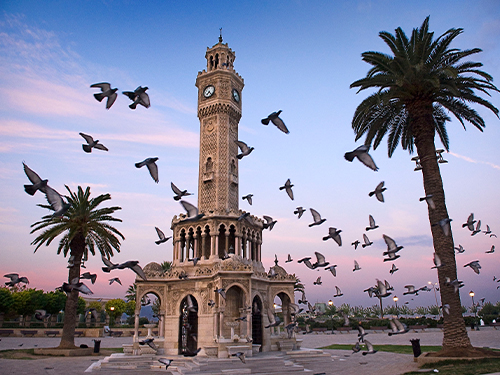 The Pearl of Aegean: Izmir 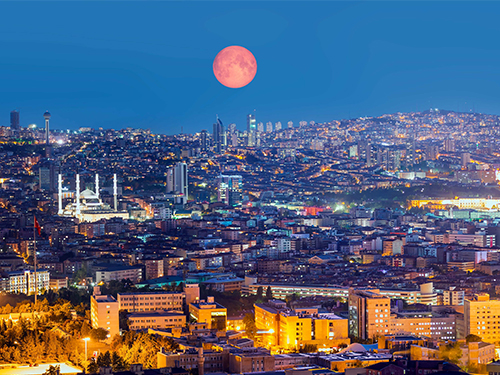 5 Places You Must See in Ankara 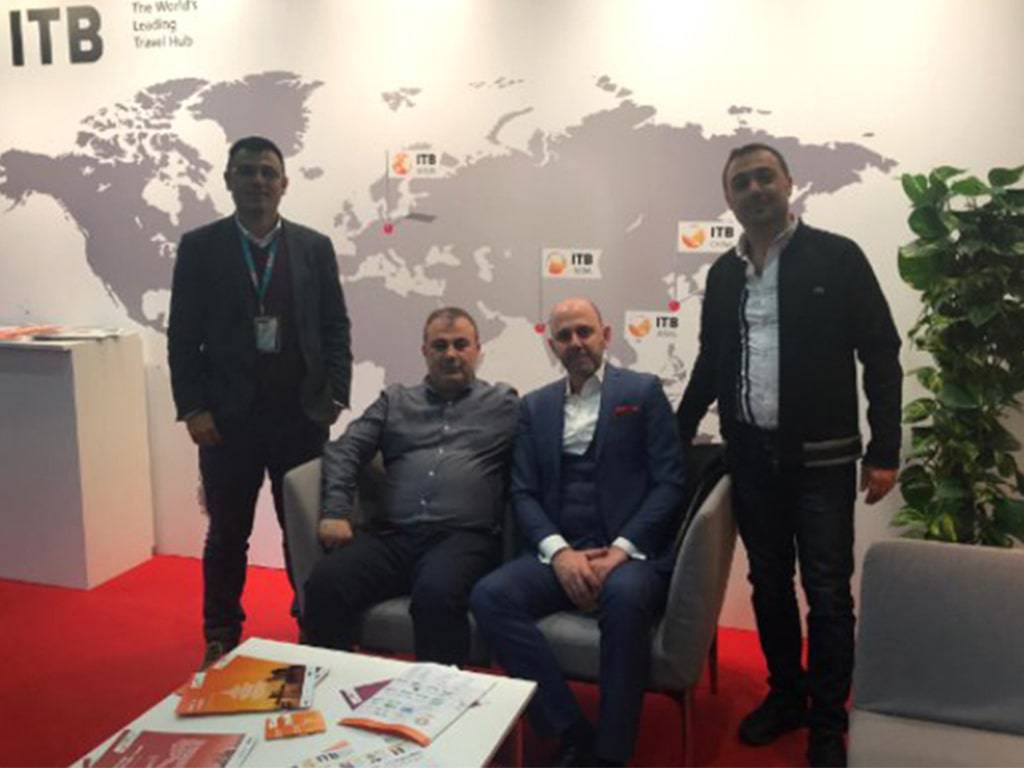